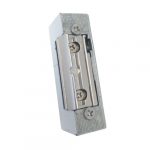 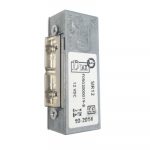 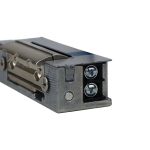 On orders over £50 - for more information on delivery click here.

S-Series 12V DC electric strike. This latch has a fail safe feature so that in the event of a power failure, the latch will remain unlocked to allow use of the door.

The S-Series electric strike has one of the narrowest and smallest bodied strikes on the market. For this reason this unit is suitable for uPVC doors and
multipoint locking.

There are no reviews yet.

What is difference between Fail Safe and Fail Secure?

Fail secure means the lock remains locked if the power is interrupted or there is a power failure.

Be the first to hear about discounts, promotions and new products.